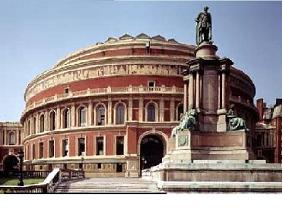 He replaces Charles Fairweather, who oversaw the completion of the recent £70 million ($144 million) refurbishment of venue, which was launched in 1871 by Prince Albert, the husband of England's Queen Victoria.

Antcliffe has served on the Royal Albert Hall's Council since 1992. He became vice president of the Corporation, which oversees the needs of the venue, in October 2005.