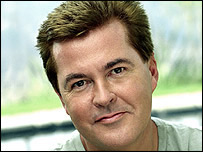 Simon Fuller picked up the Music Managers Forum's biggest award Wednesday night, with a little help from his celebrity clients.

Annie Lennox presented the 19 Entertainment CEO with the Peter Grant award for outstanding management achievement at the MMF's Roll of Honour gala at London's Intercontinental hotel.

In one message, Bono described Fuller as "one subversive motherfucker" while Paul Hardcastle -- whose 1985 U.K. No. 1 "19" gave Fuller his firm's name -- quipped "I was going to say I owe everything to you -- but in fact, you owe everything to me!" Pop singer Will Young -- winner of the original U.K. "Pop Idol" -- played live in tribute to his manager.

In front of a crowd of music industry heavyweights, Fuller himself praised veteran Blur manager Chris Morrison for "taking a chance" and offering advice and financial support in the early days of 19.

In the other awards, Arctic Monkeys managers Ian McAndrew and Geoff Barradale of Wildlife Entertainment were honored as managers of the year, Nettwerk Group CEO Terry McBride picked up international manager of the year and original MMF chairman Dennis Muirhead and MMF director of copyright and contracts David Stopps were inducted into the Roll of Honour.

Joining them on the Roll of Honour was Geffen Records chairman Ron Fair, who was inducted by ex-Teardrop Explodes frontman Julian Cope, who declared: "I don't do these things -- but I'm here for Ron Fair."

Duffy producer Bernard Butler won producer of the year, presented by Texas singer Sharleen Spiteri, while Radiohead's Sandbag company picked up innovation of the year for its work on the original download release of "In Rainbows."