Sizlla refused entry to Spain due to invalid visa 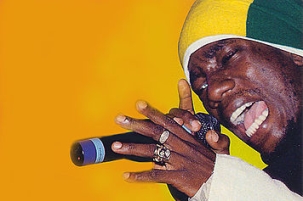 Jamaican reggae star Sizzla was forced to cancel two sold out concerts in Spain this week after the artist was detained and later barred from entering the country.

Sizzla was held for several hours at Madrid's Barajas airport on May 27, before he was obliged to fly to a new destination. As a result, concerts planned for that day in Madrid and in Barcelona on May 28, were cancelled.

According to press and blog reports, Sizzla was refused entry after he showed the same visa for entry to European Union countries that he had used to enter Europe earlier this month. Airport police told him the visa was "invalid".

Sizzla had flown in from Atlanta, Georgia, having toured Germany and other European countries last week.

News of Sizzla's ban had not reached many fans who had gathered on Tuesday evening outside the 1,500-capacity central Madrid Joy Eslava venue to see the artist's first concert in Spain. In view of the situation, his support band the Firehouse Crew gave a free concert.

Where Sizzla goes, controversy is rarely far behind. The artist has many detractors due to his controversial anti-gay and homophobic lyrics in songs such as "Nah Apologize". In 2004, Sizzla was among a group of reggae artists who were prevented from entering the U.K. for several concerts due to their homophobic lyrical content. Protests, led mainly by gay rights associations, have also seen Sizzla concerts pulled in France and Canada.

Spanish authorities have not admitted that Sizzla's lyrics are the motivation behind his exclusion. In Barcelona, two gay lobby groups -- Colectivo Gay de Barcelona (CGB) and Front d'Alliberament Gai de Catalunya (FAGC) -- had called on the Generalitat regional government of Catalonia to ban Sizzla's concert. The Generalitat declined to do so, saying there were no sufficient motives.