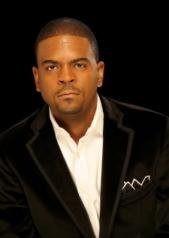 The head of the Def Jam hip-hop record label, Shakir Stewart, has died from a self-inflicted gunshot.

Mr Stewart, who succeeded rapper Jay Z as the label's boss, signed artists such as Rick Ross and Young Jeezy.

Police said the 34-year-old was found in the bathroom of his Atlanta home and was pronounced dead at hospital.

In a statement, his family and fiancee Michelle Rivers said: "As much as we tried to help him, Shakir was in deep pain and largely suffering in silence."

His family said: "Over the past several weeks, Shakir's behaviour was inconsistent with the man we all know and love."

He "was an inspiration to not only our artists and employees, but to his family and the many people who had the privilege of counting him as a friend", a statement added.

Before becoming boss of Def Jam in June, he worked for the Hitco publishing company, where he signed Beyonce.