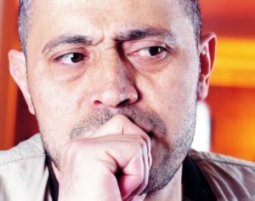 A Swedish court has released Syrian singer George Wassouf from custody, but he still faces an investigation for drugs possession.

The 47-year-old superstar cried with relief as the judge freed him three days after his arrest in a Stockholm hotel before a scheduled performance.

Police will decide on Wednesday if they will appeal the ruling, officials said.

They confirmed that the drug was cocaine, but not how much was involved. Mr Wassouf has pleaded his innocence.

A crowd of fans and reporters was gathered outside the court for the verdict.

"I was framed and now I have been released," Mr Wassouf said through a translator. "I'm going to wait for my trial to prove my innocence."

Mr Wassouf, who moved to Lebanon as a child and has Lebanese citizenship, is a major star around the Arab world and released more than 30 albums.

Thousands of people had bought tickets to see him perform on Saturday evening at a newly opened venue in the Stockholm suburb of Solna. The concert had to be cancelled following his arrest.

The Swedish newspaper, Aftonbladet, said Mr Wassouf had been in possession of 30g of cocaine when he was arrested. Police have not commented on the report.