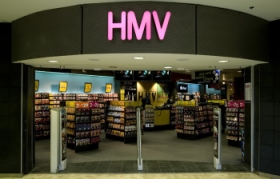 UK entertainment retailer HMV and its live music partner Mama Group are to launch an annual festival, Next Big Thing, to showcase breakthrough artists from the U.K., Ireland and international territories.

The inaugural Next Big Thing will run Feb. 5 to 14 at HMV/Mama venues in London will feature up to 50 artists from different genres.

Venues staging Next Big Thing events include the Borderline, the Camden Barfly, Heaven, the Jazz Café, the Relentless Garage and ULU, and each venue will host three acts each night. More dates and venues may be added as the number of confirmed artists grows. Tickets will be charged at a flat rate of £10 ($16.40).

"Predicting which new artists break through has become a big deal for media and public alike in recent years, but whilst quite a bit of hype and excitement is generated in print, frustratingly for fans, they often have to wait to see these news stars in the flesh," said Jason Legg, head of live at HMV, in a statement. "We wanted to change all that by creating a highly accessible and affordable live music event to showcase the best new bands and artists, whatever their genre of music, and to introduce them to a wider audience."

"I think this is a fantastic initiative from HMV and Mama Group," he said. "The music industry continues to evolve and embrace all manner of exciting changes, but it will always, and should always, be rooted in discovery and investment in the careers of new artists, composers and musicians. Next Big Thing acknowledges this and offers a great platform for a new generation to play some of London's best live music venues."