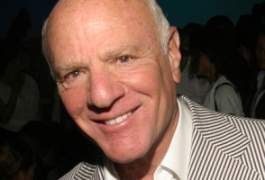 Barry Diller resigned from the Live Nation board of directors, effective Jan. 24, the company disclosed in an SEC filing on Friday.

He had taken over as chairman of Live Nation last year after the company merged with Ticketmaster.

It has been reported that Diller's resignation was the result of an internal struggle with former director John Malone, the head of Liberty Media Corp. who was named interim chairman in October.

Live Nation executive chairman Irving Azoff told Reuters last year that reports of boardroom conflict were overblown, while Malone said Diller had been "fed up" with dealing with the various factions of the board.

However, Diller, the chairman/CEO of IAC, has maintained that his tenure on the board was always planned to be temporary. "I have always said, since the merger of Ticketmaster and Live Nation, that I only planned to stay as chairman through the transition and integration of the two companies," Diller said in statement in September.