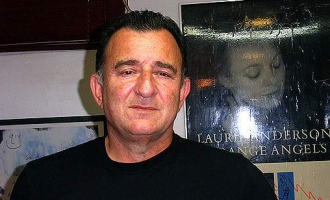 After two years of last-minute cancellations by high-profile acts, Israeli promoters look ahead to brighter days on the international booking front.

When it comes to touring internationally, the Middle East, and Israel in particular, is not typically high on a pop or rock star's priority list.

For one thing, the tried and tested routes through Europe and the Far East might make an artist look at a trek to Turkey or Tel Aviv as just that -- a far-off schlep.

Then there's the matter of politics, which, in Israel's case, has brought on a spate of cancellations in recent years, from the Pixies, who bailed on a festival gig one day before they were due to hit the stage, to Carlos Santana, Devendra Banhart and Elvis Costello, who, after doing his pre-show round of Israeli press, decided to pull the plug on a 2010 show citing his "conscience."

"He became the idiot," says promoter Shuki Weiss of Costello's cancellation two days before the scheduled performance. "He tells the largest circulation newspaper in Israel how much he's looking forward to meeting his fans after so many years, and 48 hours later, he says he thought about it and he's cancelling the show? What happened in those 48 hours? Was it a letter from the Palestinians telling Elvis Costello how bad the situation is in Gaza? We know how bad it is. If you can do something, if you want to have influence on the issue, come over and talk about it. In my 36 years in the business, we never have silenced any artist.""

Weiss is understandably frustrated. For the promoters, a last-minute cancellation equals "a total loss" that could run in the millions of dollars, often with no option to insure for a non-appearance. "In some cases, we had spent on the stage, the lights, the fencing, every dollar of advertising, marketing, and everything on the ground with the exception of 30 or 40 ushers that are hired the day of the show," adds Weiss' chief international booker Oren Arnon. On the Pixies cancellation alone, the company was out between $400,000 to $500,000.

"In the last year and a half, it's been burned into our memory," says Weiss. "We found artists that already confirmed their visit, signed their contracts, got their deposit, and changed their mind. We were caught with our pants down. We didn't have that years ago."

You could blame Facebook. What typically happens when an artist -- of any genre or stature -- announces a show in Israel, the act's Facebook page or website is bombarded with posts calling on said artist to cancel the show out of protest and/or boycott the country entirely. The exercise can be a constructive one, as in the case of Macy Gray earlier this year when the neo-soul singer polled her fans on Facebook as to whether she should make a return trip to Israel. She ultimately decided to honor her commitment and perform in Tel Aviv, after which she tweeted, "This was the most incredible trip of my life. I am new and I promise to do all the good I can." But it often ends up being one-sided, contend several Israeli promoters, in that the eager fans are not necessarily motivated or inclined to engage in such banter. They just want to see the show.

Then there are the artists who want to make up their minds for themselves, like Roger Waters, who performed in the Jewish-Arab cooperative village of Neve Shalom in 2006, and Moby who returns to Israel this July for the first time since 1995, when he pulled off three shows in one night. "I like to experience things firsthand and not rely on hearsay," Moby tells THR. "I think it's dangerous to try and comprehensively judge or understand a place and its government without actually going there."

Other times, it's not the artist who decides to put the kibosh on the trip, but rather the crew. Several unions in England, for example, discourage or even prohibit their members from working in areas under fire. That's what happened with Depeche Mode in 2006, who pulled out the day of show. "It was due to missiles from Lebanon," Weiss explains. "The foreign ministry issued an alert and the union instructed the crew to cancel. Artists do not have to obey that, but unions do."

But Weiss notes that bookings in his country are picking up, while some Arab nations are dealing with their own political turmoil. "Israel is a small market in terms of selling records, but a huge market in terms of fans," says Weiss. "Israelis are very curious and open minded to new music. It's not by coincidence that the electronic and trance scenes developed [in Israel] years before they hit the United States and Europe."

Indeed, on a recent Mid-April week, Tel Aviv boasted a Tuesday night set by Mark Ronson, a Justin Bieber concert two nights later, a pair of weekend shows by the Twilight Singers, featuring former Afghan Whigs frontman Greg Dhulli and a Tuesday bow by Bryan Ferry of Roxy Music fame. Coming up are performances by Bob Dylan, Duran Duran, Jane's Addiction, Laurie Anderson and Swedish duo Roxette. These are in addition to 2010 gigs by Linkin Park, Ozzy Osbourne and Metallica, so perhaps the tide is turning.

Credit "a good offer," says Weiss, who is not the least bit surprised that the 17-year-old Bieber can command a $1 million guarantee or that an artist like Paul McCartney would pocket nearly twice that amount to play Tel Aviv's Hayarkon Park. To cover his own stake, and in looking ahead at possible stops by U2 and Red Hot Chili Peppers, Weiss is hoping to find a way to insure a non-appearance in the form of government assurances, while still taking issue with the idea of boycotting. "It's hiding your head in the sand like an ostrich," he says. "I've got strong shoulders I like to face problems. I do it on a day-to-day basis… But this is the Israeli way. We got beaten last year, so we're going to do it twice as big this year."