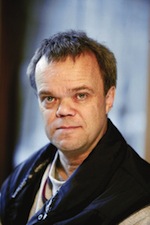 Henning Tögel, the managing director and founder of the German concert agency, Moderne Welt, suffered a heart attack on January 9th at the age of just 58.

"We are shocked and in mourning", says the team of the Stuttgart Agency that despite the shock, will see through all upcoming tours and events planned.

Henning Tögel graduated in 1977 from a degree in business administration and three years later he joined the board of management of a financial institution.

From 1981 he devoted himself to the study of law, where he worked as a lecturer at various business schools simultaneously. In 1984 he founded the Moderne Welt M&V GmbH, where he took over the management.

Since 1987, Henning Tögel was the sole shareholder of the company which he converted into a public company in late 2005.