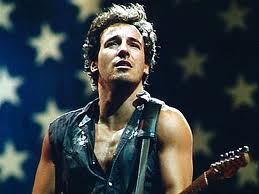 Live Nation announced yesterday that Bruce Springsteen & The E-Street Band will return to the Hard Rock Calling festival as a headline act this summer after their performance was cut short by the city's noise curfew last year.

Springsteen and his band will perform on June 30, bringing The Wrecking Ball Tour to the event. "Expect a high energy all-out rock performance that goes down in history with some of their biggest and most loved hits plus a few surprises and special guests," organizers said.

"Bruce Springsteen & The E Street Band return to finish what they started," they also said in a reference to last summer's event. Back then, Springsteen and Paul McCartney were on stage for another encore by "The Boss" when the plug was pulled on them.

Springsteen and his band members later made fun of the curfew at a concert in Dublin a few days where Springsteen finished playing "Twist and Shout" -- the song that had been interrupted in London.

Said Hamish Dodds, CEO of Hard Rock International: “Last year, Bruce Springsteen & The E Street Band made international news and history when their Hard Rock Calling encore with Sir Paul McCartney was unceremoniously cut short due to a noise curfew at Hyde Park. This summer we are giving Bruce and the band the opportunity to finish what they started and make history again with celebrated performance at Hard Rock Calling."

Live Nation and Hard Rock Calling recently announced that they were moving this year's edition of the festival from the British capital's Hyde Park to the Queen Elizabeth Olympic Park.

Meanwhile, Kasabian will headline the June 29 lineup of the festival, with Paul Weller as a special guest, it was also announced Tuesday.

Miles Kane, Kodaline, U.S. rockers The Black Crowes and Alabama Shakes, The Cribs, Klaxons and Tribes are also confirmed in what organizers said is set to be one of the biggest Hard Rock Callings to date.