Paul Gourlie from TAG Toronto has passed away 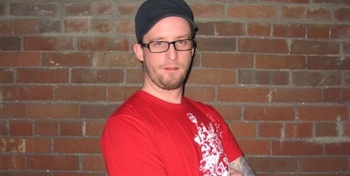 Paul Gourlie, a long-time booking agent at The Agency Group in Toronto, passed away on May 10. at St. Michael’s Hospital from cystic fibrosis. He was 37.

He attended Fanshawe College in London, Ontario, from 1996 to 1998 where he was enrolled the Music Industry Arts program.  He then opened his own agency, but quickly moved over to Key Entertainment, Courage Artists and finally The Agency Group where he was an agent since April 2002.

Cystic Fibrosis is a genetic disease that mainly affects the lungs and pancreas. He was one of the oldest living people in Canada with the chronic disease. “Paul was almost 38 years old (his birthday is June 3) and he was told that his CF would kill him before he was 20. He was very proud to defy the odds,” The Agency Group’s senior vice-president Jack Ross wrote in an email to his Agency Group colleagues.

“The Agency Group’s Colin Lewis brought him to Ralph [James, TAG president] and I,” Ross wrote. “We immediately hired him and so began one of the most inspirational relationships of our lives. You see Paul knew how precious life is and he strived to make the most of every day. He inspired everyone at our office with his will to live and appreciation of life. Paul loved being an agent; he loved working with artists and he loved putting on shows.”

Gourlie is survived by his wife Amber and parents and many friends and clients. Funeral and memorial arrangements will be announced soon.