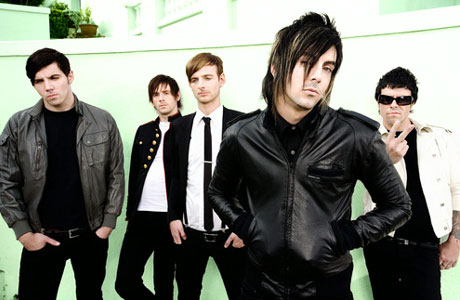 Lostprophets have announced that they are splitting up after 15 years.

The band, from Pontypridd, have been on hiatus since allegations of child sex abuse were made against lead singer Ian Watkins last year.

The 35-year-old is going on trial next month accused of 23 sexual offences involving children, all of which he denies.

"We can no longer continue making or performing music as Lostprophets," a statement said on Facebook.

"After nearly a year of coming to terms with our heartache, we finally feel ready to announce publicly what we have thought privately for some time.

"Your love and support over the past 15 years has been tremendous, and we'll be forever grateful for all you've given us.

"As we look forward to the next phase of our lives, we can only hope to be surrounded by people as devoted and inspiring as you guys have been."

Along with Ian Watkins, two women are also charged with sexual offences against children.

Their trial date is set for 25 November at Cardiff Crown Court and is expected to last a month.

An application to transfer the trial venue outside Wales was denied at a hearing in June.

The band has sold 3.5 million albums around the world and was co-founded by Ian Watkins, Mike Lewis, Mike Chiplin and Lee Gaze in 1997.

Chiplin left the band in 2005 with Stuart Richardson, Jamie Oliver and Luke Johnson joining the group in 1998, 2000 and 2009 respectively.

The band toured the UK in early 2012 and played Radio 1's Hackney Weekend.