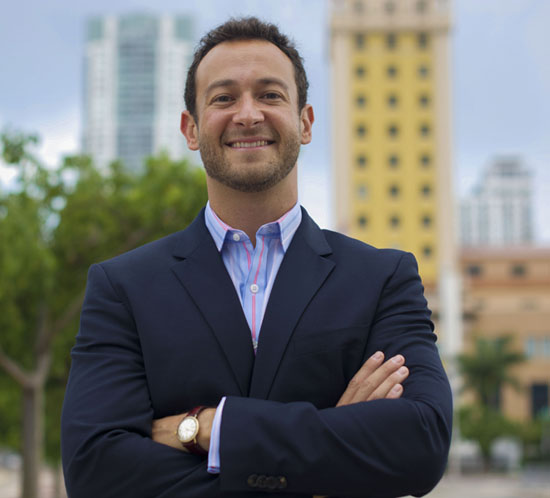 Taking aim at the profitable Latin American touring market and a burgeoning U.S. Latin market, The Agency Group has opened its first Miami office, with talent agent Jeremy Norkin as its director of Latin Operations.

Although The Agency Group has long represented Latin artists -- including José Feliciano, Uruguayan singer/songwriter Jorge Drexler and Canada’s Alex Cuba -- this marks the company’s fist dedicated foray into Latin representation both for the U.S. Hispanic market and abroad.

“We’ve only scratched the surface,” says Natalia Nastaskin, CEO of The Agency Group’s U.S. operations. “It’s a genre, a market and an area that we’ve coveted for a long time but really had not found the right vehicle to take us into those territories […] There hasn’t really been anyone in the company that with confidence can navigate the depths of those markets.”

Nastaskin says The Agency had been actively looking for such a person and found him in Norkin, an American-born, bilingual agent with deep knowledge of the Latin market who worked at Spanish/Latin entertainment company RLM and with WMA, before going on to launch the Norkin Talent Agency. Norkin has worked with a long list of Latin and Spanish acts that includes Miguel Bose, Juanes, Alejandro Sanz and Los Tigres del Norte. Now, his client roster at NTA includes Spanish rapper Mala Rodriguez, DJ Juan Magán, Latin Grammy winners Iliya Kuryaki and the Valderramas and pop singer Natalia Jimenez. All will now belong to The Agency Group’s roster.

“I’ll be bringing my roster from NTA over, so we’ll be building [on] that and signing additional Latin talent to be booked by me and other agents in The Agency Group,” Norkin told Billboard. “I’ll also be booking their general market acts deeper into the Latin America territory. I feel there’s a large void for general market acts in Latin America and hopefully I’ll be able to fill that. It’s a nice symbiotic relationship,” he added.

Surprisingly, despite all the talk about reaching the Hispanic marketplace and despite the fact that most -- if not all -- major talent agencies have Latin artists in their roster, WME is the only major agency with a dedicated Latin Music division. Headed by talent agent Michel Vega, it has been based out of Miami for over a decade.

In fact, Norkin’s first foray into the Latin marketplace was at WME in 2004.

Now, he goes to The Agency Group at a time when the Latin American marketplace in particular is much bigger than it used to be, thanks to better infrastructure, more seasoned promoters and a bigger appetite for all kinds of music.

“The borders have kind of been blurred,” says Norkin. “You see Lollapalooza open three properties in Latin America and Rock In Rio open in the U.S. It’s clear that North and South American territories are fostering a bi-continent relation.”

With the addition of Miami, The Agency Group now has seven offices around the world.