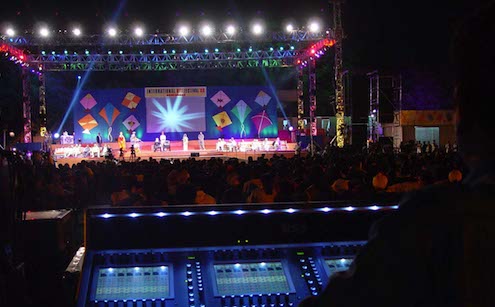 In addition to the composers, artists and record companies, promoters will in future also be able to claim payment for any form of commercial exploitation of their services.

Furthermore, after 10 years of preparatory work, the Society for the Observation of Organisers’ Rights (Gesellschaft zur Wahrnehmung von Veranstalterrechten, GWVR) has also been approved as a collecting society by the German Patent and Trade Mark Office (Deutsches Patent‐ und Markenamt, DPMA) in Hamburg.

In the future, they will always assert the claims of their members when concert recordings, be it sound or picture recordings, are played on radio, television, YouTube or Spotify.

The GWVR is a 100% subsidiary of the German Federal Association of Concert Organisers (Bundesverband der Veranstaltungswirtschaft, bdv), the professional body of German promoters, artist managers and concert agencies.

“This means that for the first time there is a collecting society in Germany that collects royalties for promoters for the commercial exploitation of live recordings legally provided in § 81 UrhG (German Copyright Act) and distributes these to those entitled,” says GWVR CEO Dr. Johannes Ulbricht. “However our work is only just beginning, because now we will have to establish rates and schemes of distribution with the DPMA. According to Ulbricht, GEMA is to be commissioned with the collection of the interests.

All promoters based in the European Union can become a member of the GWVR. German promoters can not only claim for events in Germany via the GWVR but also for events abroad. “After a protracted and difficult approval procedure, with the GWVR the conditions have for the first time been created to ensure that promoters are not merely dependent on the fleeting success of their concerts but can also participate in receiving the fruits of their labours in the
long term,” says Prof. Jens Michow, managing president of the bdv.