BluesFest moves to The O2 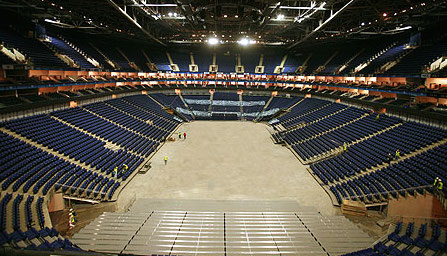 Live Nation has agreed a three year deal with The O2 for BluesFest to be held there.

This year’s festival will incorporate a range of daytime activities alongside concerts in the Arena, Indigo at The O2 and Brooklyn Bowl each evening.

This will be the first time The O2 has hosted a blues festival and it coincides with the fifth anniversary of BluesFest, which launched in 2011 with concerts at a range of small London venues including the 100 Club, Union Chapel and The Jazz Cafe.

The first wave of acts will be announced in February but organisers tell Music Week that fans can expect a ‘world-class lineup’.

Said festival director Leo Green: “This move is a clear statement of ambition from all involved in BluesFest. Having grown exponentially over the last four years, it became clear that it was time to find a new and bigger home to cater to the growing demand for BluesFest. We look forward to bringing some fantastic artists to The O2 in London this autumn and for years to come."

Added Rebecca Kane Burton, general manager of The O2: ”Welcoming BluesFest to The O2 this November is a real honour and we know our guests will love the weekend of unique music programming. We`ve signed a three year deal with BluesFest ensuring we take Blues music to a bigger audience allowing the event to grow further and featuring a total takeover of the campus which will keep Blues fans entertained”.