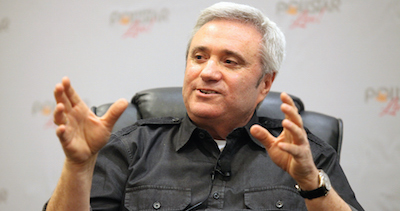 Former AEG Live CEO Randy Phillips has been tapped as CEO of Global Entertainment, a newly-launched U.S. division for London-based Global, the Media and Entertainment Group.

The multifaceted, "360"-styled content company will include touring, label, publishing, artist management, branding/sponsorships and marketing divisions, with new headquarters based in Los Angeles and a London office.

Touting a "real 360 content creation company that genuinely offers a vast array of services to artists, combined with Global`s financial commitment," Phillips believes the Global model is the way of the future. "I believe that within three to five years, all of the major labels that exist will look like Global," he tells Billboard.

Global Radio is the U.K.`s largest commercial radio company, with national stations in every genre. Global founder/executive president Ashley Tabor has used this base to create an entertainment company that now includes Global Television and Global Publishing (Ellie Goulding, Corinne Bailey Rae, LMFAO), with the latter to be part of the Global Entertainment U.S. division under Phillips.