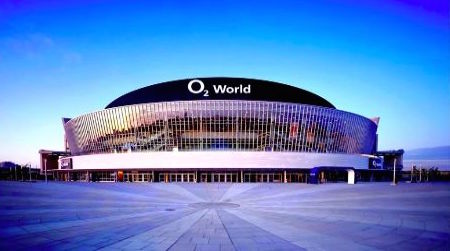 Barclaycard has acquired the naming rights to Hamburg’s Volkspark arena, which was formerly called o2 World.

From July 1, the 16,000-capacity arena will bear the name Barclaycard Arena after the retail credit services provider agreed a 10-year deal with venue operator AEG Europe.

AEG’s EVP of global partnerships Paul Samuels said: “This is a great brand and a perfect fit for Hamburg’s premiere event venue. The partnership will allow Barclaycard to raise the awareness of their brand in this key market and will bring clear benefits and improvements to fans at the venue.”

The collaboration, which will also enable contactless payment across the building, sees the Hamburg arena become the third venue to secure a naming-rights partnership with Barclaycard, joining the Barclaycard Arena in Birmingham and Barclaycard Center in Madrid.

"We`re giving the Barclaycard brand a face with our arena activities in Hamburg,” added Barclaycard Germany GM Carsten Höltkemeyer. “With over a million visitors a year the arena is one of the world`s 10 most successful event locations. We intend to utilise this potential to raise the awareness of our name among a wider audience."

Opened in 2002, upcoming shows at the venue include concerts by Take That, Imagine Dragons, Simple Minds and Simply Red.