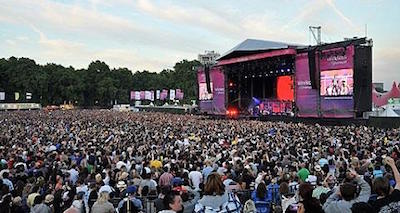 AEG`s British Summer Time in Hyde Park sold a total of 260,000 ticket sales across all of the festival`s gigs in 2015.

The figure includes sold out headline shows from Taylor Swift and The Who.

“We are immensely proud of what we have created with Barclaycard presents British Summer Time Hyde Park," said Anshutz Entertainment Group and AEG Live chairman Jay Marciano. "We have finally brought festivals into the 21st Century. We believe we have raised the benchmark for music festivals, giving UK concert goers a quality environment that is above and beyond what they may have experienced in the past and setting the standard for the future.”

Other artists who played BST Hyde Park in 2015 include The Strokes, Blur, Kylie, Grace Jones, Paul Weller and Nile Rodgers.