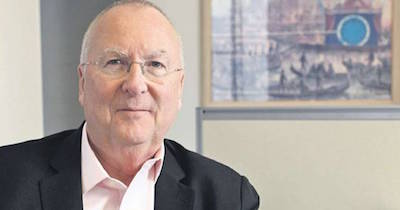 What was a rumour a few days ago has now been confirmed, UTA has closed a deal to acquire The Agency Group, the world’s largest independent music agency.

Adding TAG, which will be combined with UTA’s existing music division, instantly makes UTA a heavy hitter in the space, with a roster of about 2,000 clients headlined by artists including Muse, The Black Keys, Paramore, Nickelback and Guns N’ Roses and featuring emerging acts including Chris Janson, Action Bronson and G-Eazy, who will all join existing UTA clients including Kanye West, Mariah Carey and Milky Chance.

TAG has more than 95 agents across seven offices in London, Los Angeles, Miami, Nashville, New York, Toronto and Malmo, Sweden, which will give UTA a presence beyond L.A. and New York for the first time – yet another major milestone for the agency.

“It’s a quantum leap forward for us in the music business,” UTA CEO Jeremy Zimmer tells THR, highlighting TAG’s resources in Nashville and the global and Canadian market as well as in corporate and festival booking. “There are so many different areas of expertise that go into being a top-shelf music agency, and we were able to find all of those in one place at The Agency Group, along with a tremendous reservoir of real veteran leadership.”

TAG founder and president Neil Warnock (pictured) will become UTA’s head of worldwide music, filling the vacancy left by Rob Prinz when he departed for ICM Partners in April, while TAG CEO Gavin O’Reilly will leave the company.

UTA’s acquisition of TAG was financed by a new minority investment from Jeffrey Ubben, founder and CEO of San Francisco-based ValueAct Capital, which has significantly invested in companies including Microsoft, 21st Century Fox, Adobe and CB Richard Ellis. But unlike those investments, the UTA relationship is a personal investment from Ubben, who joins the board of directors as a non-voting member and becomes its first non-agency shareholder.

“It’s not a typical institutional investment that comes along with all kinds of restrictions and voting rights,” Zimmer says. “This investment is really about bringing a smart, seasoned investor into the company to help us consider our future growth. It’s a much more comfortable and organic relationship.”