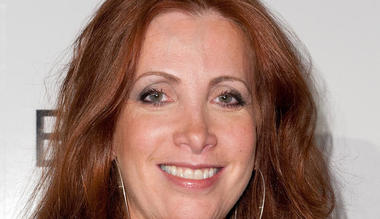 The New York-based Lewis joined the firm in 2012 after a 23-year run at rival William Morris Endeavor. She has represented the likes of Kanye West, who left CAA for UTA in March, Eminem, Tupac Shakur and Public Enemy. Her more recent signings include Iggy Azalea, MAGIC!, Waka Flocka, Rita Ora and Pusha-T.

A source told NY Post that CAA ousted Lewis on Thursday after negotiations to renew her contract became a nightmare.

“She overplayed her hand,” the source said, adding Lewis wasn’t well-liked at CAA. It was a far cry from how the firm first felt when it lured her from a 23-year reign at WME in 2012.

“They pulled out the red carpet . . . CAA thought they were getting this cool, hip music chick, and that was not the case. She created more enemies than they wanted. She’s ‘The Devil Wears Prada’ times 10,” said a music insider.

Another source said of Lewis’ legendary behaviour toward assistants, “She would always make them cry, and those kids were so terrified . . . they wouldn’t even leave their desks to use the restroom. If they missed one of her phone calls, forget about it!”

Her clients include Eminem, Pitbull and newcomer Travis Scott. Kanye West dropped Lewis for UTA in March. Her ouster comes in the midst of a war between LA talent shops.

“Every agent is calling to sign her clients,” said an insider. CAA had no comment. Lewis was traveling and could not be reached. But an employee at the talent agency told us they “hadn’t seen anyone cry” in the last few weeks.