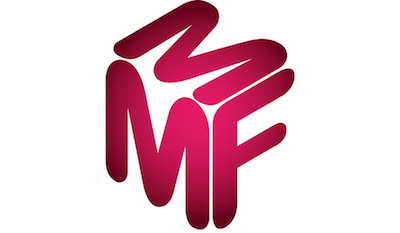 The Music Managers Forum UK has demanded greater transparency from the “out of control” secondary ticketing market ahead of the Government’s review into the sector.

The body, which represents more than 500 artist managers in the UK, submitted its response ahead of the November 20 deadline.

The MMF’s submission states: “The secondary ticketing market for high demand and medium demand music concerts, festivals and events is basically out of control.

"The two end players in these events are artists and the fans. Both are being unreasonably exploited due to the unregulated way the secondary ticketing market is currently operating, with sometimes huge financial gain going to intermediaries who do not re-invest such gains back in to the creative industries. The police have stated that these intermediaries are often linked to organised crime.

“It is becoming almost impossible for artists and managers to control their ticket inventory. We demand far greater transparency in the secondary ticketing process.”

Earlier this year the House of Commons backed revised legislation to regulate secondary ticketing sellers more closely, requiring online resellers to provide details such as the face value of the ticket, the seat number and any applicable restrictions, but this has been dismissed as “ineffective” by the MMF.

“The amendments to the Consumer Rights Act which came in to force on May 27 have been ineffective and are being largely ignored due to a lack of enforcement,” it states. “Also the provision in the consumer contracts regulations that if a seller is a business they must clearly inform the consumer, is very rarely adhered to. Fans are often completely unaware of the true face value of a ticket on offer.

“There are two provisions that would make a huge difference. The first is that the seller of a ticket must be identified to the buyer. We understand that this was in the proposed amendments to the CRA but was withdrawn at the last moment. This needs to be reinstated. To falsely state a name as a seller is fraud and many of the businesses and individuals currently engaged in the secondary ticketing market would be reluctant to expose themselves to that illegality.

“The second provision is that promoters, artists and managers should have the right to choose the ticket retailer that works best for them. Currently, many venues have exclusive arrangements with a specific ticketing platform, thus insisting that promoters have to use that ticketing platform. If the artist, manager and promoter could choose their own ethical primary ticketing platform they could take control of the ticket itinerary which would stop secondary ticketing altogether, save for bona fide ticket sales for unwanted tickets from fans which could be sold at face value or less."

The MMF added: “In conclusion, we ask the Government for strong regulation and enforcement in regard to secondary ticketing. We accept that fans should be allowed to resell unwanted tickets but that it should be conducted through ethical secondary ticketing platforms such as Dice and Twickets wherein tickets are resold at face value or less. The current situation is devastating the live music business and urgent regulation is required.”

The Government has previously announced economist Professor Michael Waterson as chairman of the upcoming review, which will report its findings before May 26 next year.