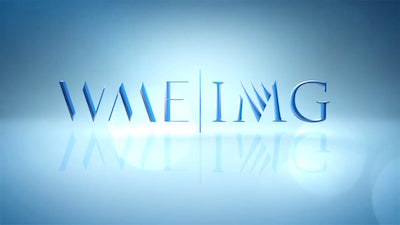 Japanese SoftBank Group has made a $250m investment in WME-IMG.

WME-IMG was formed when long-running entertainment talent agency giant William Morris Endeavor (WME) came together with Silver Lake to acquire IMG – which primarily operated in sports – for $2.4bn in 2013.

SoftBank joins current strategic investor Silver Lake in its partnership with WME-IMG, which says it expects to use the capital to advance its global growth strategy through new investments, acquisitions and joint ventures.

WME-IMG, which represents talent from a number of fields as well as owning a string of event properties, is run by Co-CEOs Ari Emanuel and Patrick Whitesell.

“Ari, Patrick and the rest of WME-IMG’s talented management team have a strong record of performance and transformation at the intersection of entertainment, sports and fashion,” said SoftBank Director Ron Fisher, who managed the investment process.

“We look forward to supporting WME-IMG as it advances the next phase of its growth, further developing and driving its client and content offerings.”

“SoftBank brings a unique industry perspective and a commitment to help us deliver valuable new opportunities to our clients and partners in markets around the world.”

Each year, WME-IMG produces over 52,000 hours of sports programming, and distributes an additional 32,000 hours, on behalf of more than 200 clients including major sports leagues and events.

The company also operates one of the largest sports training institutions in the world, IMG Academy.

WME | IMG owns, operates or commercially represents more than 800 events – two-thirds of which are sports – including professional golf and tennis tournaments and premier mass participation races.

It also manages the careers of 14 of the 21 highest paid models as listed by Forbes.

WME | IMG completed 12 acquisitions in 2015 to expand its capabilities and client services globally, and broaden its owned event portfolio and content offerings through properties like the Professional Bull Riders and Miss Universe. The company also formed four strategic joint ventures in 2015 including ELeague, an eSports league created in conjunction with Turner.