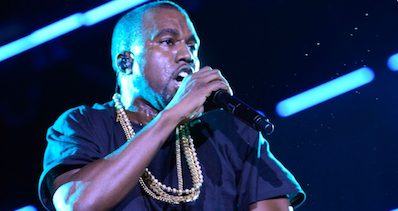 Kanye West has returned to CAA for worldwide representation after departing the agency for UTA in March 2015.

Although he played a handful of festival dates in the past year, his last tour was 2013-14`s Yeezus Tour. This February the rapper released his latest studio album, The Life of Pablo, as well as Season 3 of his Yeezy fashion line.

West`s new team at CAA comprises managing partner and music head Rob Light, Darryl Eaton, Emma Banks, Marlene Tsuchii and Jenna Adler. He was previously repped at CAA by veteran agent Cara Lewis, who spent 23 years at WME before moving to CAA in 2012. She then left the agency last November and opened her own firm, CL Group, this January. One of her other artists at CAA, Iggy Azalea, signed with WME last month.

Music has been an active battlefield in Hollywood`s ongoing agency wars, often led by musical chairs at the agent level. A year ago, UTA music department founder Rob Prinz left to become co-head of worldwide concerts at ICM Partners, bringing with him artists including Celine Dion, while Macklemore & Ryan Lewis followed their reps Peter Schwartz and James Rubin from The Agency Group, which was the world`s largest independent music agency, to WME. The Agency Group as a whole was then acquired in August by UTA, adding the likes of Muse, The Black Keys Paramore, Nickelback and Guns N` Roses to their roster, although other TAG artists joined other firms instead: The Black Keys to Paradigm (following their TAG agent Dave Kaplan) and Tegan and Sara to WME.

In other shuffles over the past 12 months, last summer Beyonce moved her touring business from ICM to CAA, which lost Mariah Carey to UTA. And this winter, Lady Gaga moved from WME to CAA (Maroon 5 made the opposite move) while Chris Brown left ICM for UTA. Another recent shift that represents the tangled touring business: Steven Tyler from CAA to WME as a solo entertainer in March, while Paradigm continues to handle Aerosmith`s booking as a band.

"I don`t know why, but it feels like every eight to 10 years there`s this sort of seismic shift," Prinz (who also has spent stints at WME and CAA) said in a recent interview. "All the chess pieces are thrown up in the air and reset. I`m not sure why, but it seems to happen every 10 years or so. It`s not over, we know that."