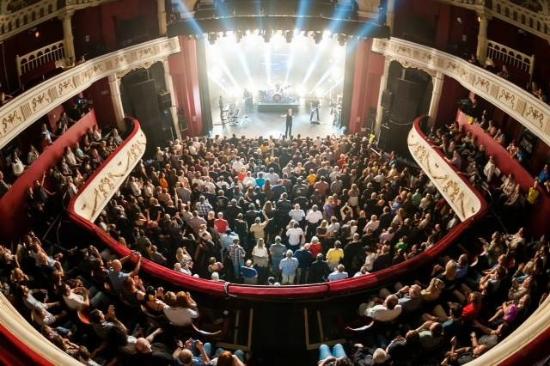 Following a period of closure to allow for structural repair work, the O2 Shepherds Bush Empire has re-opened.

In an open letter from the venue, it was announced that the iconic venue re-opened earlier this month, with two sell-out shows from US indie rock outfit Band of Horses.

The letter said: “We appreciate and apologise that such delicate repair works at our Grade II listed building were regrettably delayed, however our ultimate objective and ambition has been achieved; to preserve our venue for the future and reaffirm its position as one of the country’s most historically important live entertainment theatres.”

The venue was closed in December 2015 after a routine inspection found that an isolated section of the roof was in need of repair work. Following its completion, a number of additional changes and tweaks were made to the venues PA and interior design. Some of its stacked speakers were refocused, while bar frontages have been re-painted and the auditorium floor stripped and stained.