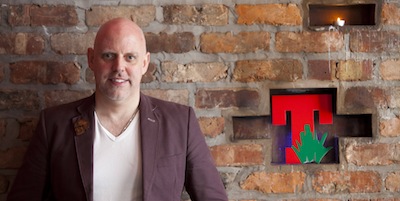 T in the Park organiser Geoff Ellis has said it is "not looking likely" the music festival will take place in 2018.

However, Mr Ellis told BBC Scotland no decision about the long-term future of the event had been taken.

He said T in the Park could return as an "evolved" festival for over-18s that was more focused on rock bands than electronic dance music (EDM).

T in the Park took a break this year following difficulties at the new site in Strathallan.

It is organised by DF Concerts who also held the TRNSMT festival in Glasgow last weekend.

The company has already announced that TRNSMT - a non-camping festival held on Glasgow Green - would return for a second year.

About 120,000 music fans went to the inaugural festival, with Radiohead, Kasabian and Biffy Clyro headlining. Other acts performing included The Kooks, Belle and Sebastian, London Grammar and Twin Atlantic.

Speaking on BBC Radio Scotland`s Kaye Adams programme, Mr Ellis said the atmosphere at TRNSMT had been "incredible" and praised the "fantastic" audience.