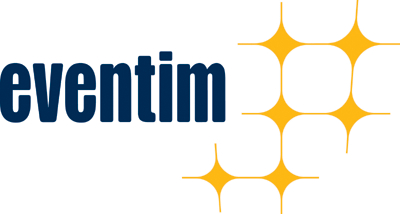 CTS Eventim will appeal the blocking of its use of exclusivity agreements with promoters and box offices in Germany.

The Federal Cartel Office (Bundeskartellamt) has banned the ticketing firm of requiring its partners to “only sell tickets exclusively or to a considerable extent via CTS’s eventim.net ticket sales system.” Germany’s competition regulator claims it is an abuse of its dominant market share of 50 – 70 per cent.

Bundeskartellamt claims that the “abusive exclusivity contracts with event organisers and advance booking offices” are impedeing smaller ticketing companies in the country and “encouraging a general trend towards further monopolisation” in Germany.

The anti-exclusive contract ruling has stated that Eventim partners must have the option of selling at least 20 per cent of their inventory annually via other ticket agencies, if their deal with the company is longer than two years. Eventim has been given four months to comply with the ruling.

Andreas Mundt, president of the Bundeskartellamt, said: “CTS Eventim is the market leader in Germany by far the largest ticket system. Under antitrust law, a company with such a market position is subject to special duties.

“Insofar as CTS Eventim obligates its contractual partners to sell tickets exclusively via the ticket system of CTS, the company uses its market power to the detriment of the competition. Our decision will open significant ticket contingents for distribution through competing ticket systems.”

CTS Eventim responded to the ruling in a statement: “The decision of the Federal Cartel Office ignores the fierce competition in the market for ticket services, which is constantly increasing as a result of frequent market entries by digital providers from Germany and abroad.

“Against this background, we have to assume that the Cartel Office has gone into this procedure with a preconceived notion that does not adequately reflect this development. All the investigations in the three-year proceedings were apparently aimed at confirming this belief.

“We regret that the agency has not adequately considered our strong counter-arguments, especially as they are supported by current studies and economic expert reports. In case they had, the investigation would have led to a different outcome.

“For these reasons, we will not accept the decision of the Federal Cartel Office and engage the competent courts to correct it.”