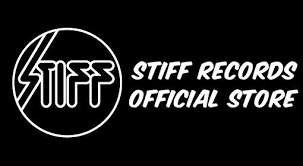 Perfect Songs Publishing will become part of Universal Music Publishing Group. Perfect is home to the multi-platinum songwriting catalogue of Seal, including the triple Grammy Award-winning “Kiss From A Rose.”

Sir Lucian Grainge, Chairman and CEO of Universal Music Group, said, “Stiff and ZTT are truly unique and iconic labels that captured the zeitgeist of their generation and experienced great commercial success, whilst influencing contemporary music entirely on their own terms.

“With Perfect Songs, we are adding an award-winning publishing catalogue, rich with hits, acclaim and global success. UMG is committed to building upon the legacy of these revolutionary labels, in keeping with the spirit of their founders.”

SPZ Group & ZTT Founder, Trevor Horn CBE, said “Jill started Perfect Songs and ZTT in the 80’s and I’m extremely proud of what she achieved. Lucian Grange and Jill were really good friends so I’m pleased that these catalogues are going to Universal.

“I’d like to thank all the writers and the artists on ZTT, Perfect and Stiff. It was a great experience and I enjoyed working with each one of you (most of the time). And I’d like to thank Paul Morley for all the wonderful times at ZTT, Steve Lipson and Anne Dudley, Liam Teeling and Chris O’Donnell (STIFF & Perfect) for their help along the way and Seal.”

ZTT was founded in 1983 by Trevor Horn, Jill Sinclair and the journalist Paul Morley. It is home to 50 albums of pop and electronica, and a further 100 singles.

Stiff Records was founded in July 1976 by Jake Riviera and Dave Robinson, and brought together artists as diverse as Elvis Costello, Kirsty MacColl, Madness and Ian Dury and what is generally regarded as the first ever punk rock single, New Rose by The Damned.

Perfect Songs was formed in 1982 by Horn and Sinclair.