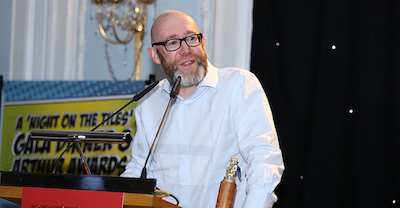 Geoff Meall, who left his role as head of United Talent Agency (UTA)’s London office at the end of 2017, has confirmed his move to Coda Agency.

Meall, who has worked with acts including Muse, Paramore and Foals, joined Neil Warnock`s The Agency Group (TAG) in 1992. TAG was acquired by US-based UTA (United Talent Agency) in 2015.

“I’m delighted to start the next chapter of my agency life” said Meall. “Once I made the decision to make a move there was only really one choice - CODA in my opinion are the most dynamic agency in the business. Their A&R signings and successes over the last few years have been unparalleled.

They have the benefits of their partnerships with Paradigm, X-ray and ITG yet retain a maverick and independent culture. It’s also a fun place to work and that should always be the first priority! I’m excited to be part of the future of Coda.”

Alex Hardee, partner at Coda, said: “Its fills us with great pride that someone of Geoff’s experience, influence, and standing in the music industry has joined Coda. He will bring a breadth of musical knowledge to Coda that will only compliment and strengthen the existing management team. It’s a shame he is a Scouser otherwise it would have been the perfect addition.”

He becomes the second high-profile agent to exit the UTA`s UK business in little over a year following the departure of Natasha Bent, who also joined Coda in 2016.