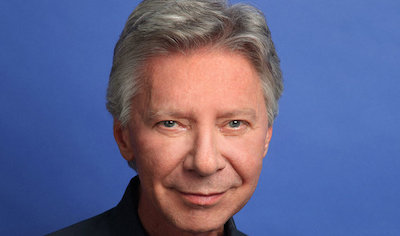 Troy Blakely, the managing partner and head of music at Agency for the Performing Arts (APA), has passed away Saturday after a brief bout with pneumonia. He was 68.

Blakely joined APA in 1994, was named head of music in 1998, made partner in 2002, and elevated to managing partner in 2005. During the course of a 50-year career, Blakely’s clients included some of the most successful and recognized performing artists in the world, including Fleetwood Mac, Robert Plant, Judas Priest, Boston, Poison, Bret Michaels, The Black Crowes, Sammy Hagar, Heart, The Go-Go’s, Lenny Kravitz, Whitesnake, Sebastian Bach, Royal Machines, Dee Snyder, Zakk Wylde, Black Label Society, Ratt, Cinderella, Dokken, and Lita Ford

Born the son of a steel worker just outside Detroit, Michigan, Blakely was raised in Southgate, Michigan, where as a teen he performed and played guitar with numerous local bands. In 1969, one year after entering college, he become the tour manager for Mitch Ryder & The Detroit Wheels, which was then managed by Creem magazine owner, Barry Kramer.

He moved on a year later to New York City, working as assistant tour manager for guitarist Johnny Winter under Teddy Slatus, considered at that itme to be one of the best tour managers in the industry. After helping put together Edgar Winter’s White Trash, Blakely returned to Michigan to work as the tour manager for Detroit Featuring Mitch Ryder, who had just released their album Detroit on Paramount Records.

In late 1972, he joined DMA (Diversified Management Agency) as an agent. There, his clients included Ted Nugent, Iggy and the Stooges, MC5, Nazareth, Golden Earring, Canned Heat, Birtha, Lighthouse, The Raspberries, and Blackfoot. Blakely would go on to sign Tim Buckley, Sammy Hagar, and Triumph.

After joining Magna Artists of Los Angeles in 1981, Blakely booked Ozzy Osbourne’s first solo tour, Blizzard of Oz, but would soon move to ICM (with Sammy Hagar and Triumph in tow) where he signed the Red Hot Chili Peppers and Poison.

He went on to expand his ICM roster to include Boston, Faith No More, Alice In Chains, Kings X, Y&T, and The Black Crowes, and served as responsible agent for Rush, Ozzy Osbourne, and Iron Maiden.

Blakely was most proud of his work arranging global arena tours for his artists, as well as his ability to bring his acts to more unique locations, such as traveling with Poison’s Bret Michaels throughout Iraq producing multiple concerts for US troops.

In 2010, Blakely received a Hollywood F.A.M.E. Award for his executive career achievements. He also served as an integral member of The Grammy Core Selection Committee for over 25 years.

“All of us at APA are deeply saddened by the passing of our friend and partner,” said Jim Gosnell, president and CEO of APA. “We will be forever grateful for the numerous contributions he made to the success of our company over the past 25 years. He will be dearly missed.”

He is survived by his wife, Kelly Blakely; parents Grace and Albert Blakely; sister Bonnie and Mike Bellanger; brother Tim and Josie Blakely; and his dog, Rocko. Funeral services will be private, with a memorial planned for a later date.