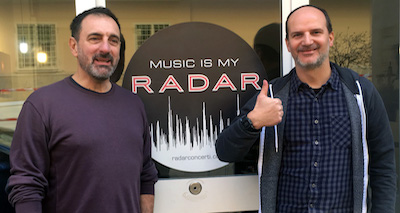 Radar Concerti was founded in 2014 by Riccitelli after five years with Live Nation Italy, and has since grown to become one of Italy’s leading independent promoters, organising Italian shows by international acts including The xx, Foals, Grimes, Solange, Bonobo, Nothing but Thieves, M83 and FKA Twigs. It also acts as a booking agency for several up-and-coming Italian acts, including Coma Cose, Ketama 126, Hån and Lim.

As a senior promoter at Live Nation Finland, Pompeo promoted shows in Finland, the Baltics and Russia. He says by joining forces with Riccitelli, he hopes to help drive Radar on to even greater success.

Pompeo will be based in Milan, while Riccitelli remains in the company’s Rome office.

The first initiative by the Riccitelli-Pompeo partnership is the new Radar Festival, which will debut in Milan on 8–9 June.