Spanish Live business up in 2017 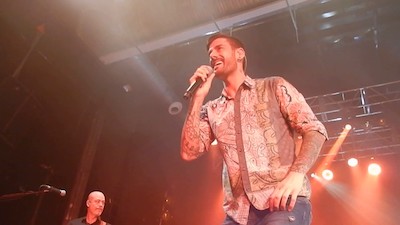 One of the explanations for the improvement of the health of the live sector is the reduction of cultural VAT from 21% to 10%, and 2017’s figures are above those of 2012, the year in which VAT was increased. The latest statistics reflect the attractiveness of Spain as a destination for major international tours, with millions of tickets sold to shows by the likes of the Rolling Stones, U2 and Maluma.

Also key to the market’s strength are the recent legal victory against collection society SGAE over tariffs, Google’s new restrictions on secondary ticketing sites and the admission of the Association of Music Promoters (APM) to the European Live Music Association.

The biggest international tours of 2017 were Ricky Martin, who played to 115,806 people at 13 shows; Guns N’ Roses, who drew 91,200 people to his concerts in Madrid and Barcelona; and Colombian star Maluma, whose nine Spanish shows were seen by 70,914 people. The visits of the Rolling Stones, Bruno Mars, U2, Aerosmith and Ed Sheeran were also major events in the cultural calendar of 2017.

Despite the positive developments outlined in the latest edition of APM’s Live Music Yearbook, there are still several challenges facing the industry, including small profit margins for many small and medium-sized companies and the fight against online ticket resale.

The promoters’ association, therefore, continues to search for an “adequate legal solution” to these challenges, including through further European integration. By joining the European Live Music Association (ELMA), APM hopes to “face the problems of the sector from a European perspective”, with ELMA seen as “the appropriate framework to support the sustainable development of the live music industry”.