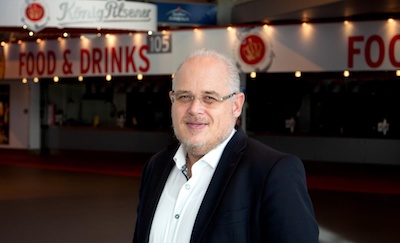 For just over a year, Henrik Häcker has led the Oberhausen multifunctional arena as General Manager and he can look back at a record breaking year.

"König-Pilsener-Arena is one of the economically most successful arenas in the world. It`s time we thought outside the box and deployed our know how in other cities and regions as well," he said in an interview published on the arena`s website.

He confirmed that arena operator SMG was in talks with various multi-purpose arenas in Germany, some of them "completely new," adding that calls for tenders were pending.

Häcker said that König-Pilsener-Arena managed to break its own record for number of events hosted in one year by staging 94 events in 2018. "It`s safe to say that we were able to set an absolute record year for the location of Oberhausen. It will be hard to beat, but we`re doing our best," he said.

Upcoming highlights include the revival of "The Dome" on Nov. 30, one of Germany`s most successful music shows broadcast on TV, which premiered in Oberhausen in 1997, as well as Elton John, who`ll stop at the arena during his mammoth farewell run, May 12, 2019.

According to Häcker, his team spent the summer grappling with people`s individual sense of security, investing in security personnel, video surveillance, entrance gates with metal detectors as well as bollards around the arena intended to stop heavy vehicles.