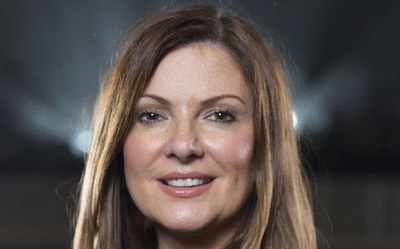 The Scottish Event Campus (SEC) today announced that Debbie McWilliams has been appointed Director of Live Entertainment of the SEC, Glasgow, taking up the position today.

Debbie who was previously Head of Live Entertainment and Ticketing for the Campus will be responsible for the overall management, commercial delivery, event booking and content creation of Scotland’s biggest entertainment complex which includes The SSE Hydro.

Peter Duthie, Chief Executive of the Scottish Event Campus said:
“We are delighted that Debbie has accepted the position of Director of Live Entertainment. Debbie has been instrumental in the growth and success of the live entertainment sector of our business. She played an integral role in the delivery of Scotland’s largest music venue, The SSE Hydro in 2013. Debbie’s extensive knowledge, experience and proven track record across all aspects of live entertainment will be invaluable to the role.“

Commenting on her new role Debbie McWilliams said:
“I am excited to be taking up this new position and honoured to be given the opportunity to play a part in the future of live entertainment at the SEC. Live Entertainment is a sector which is both challenging but also very rewarding and I look forward to working with the team to build on the incredible success that that we have achieved to date.”

The Scottish Event Campus (SEC) comprises the SEC Centre, the SEC Armadillo and The SSE Hydro.
It is situated in the heart of Glasgow, Scotland’s cultural and commercial capital and is one of the UK’s largest integrated spaces, purpose-built for exhibitions, conferences and live entertainment.

Capable of delivering events for two to well over 10,000, the SEC Centre has infinite flexibility and includes main meeting hub, the Loch Suite. Combined with the 3,000 seat SEC Armadillo they offer 22,344m2 of event space.

A truly iconic structure, The SSE Hydro hosts national and international music mega stars as well as global entertainment and sporting events. With a capacity of 13,000, the venue stages around 140 events a year.