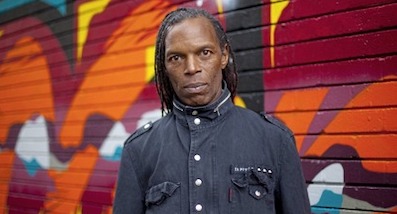 Industry veteran Tarquin Gotch, who has managed acts including Simple Minds and Rowan Atkinson, described The Beat’s singer as a “wonderfully talented artist”.

Charlery suffered a stroke last year and was diagnosed with two brain tumours and lung cancer in recent months.

Gotch said: “We have lost a wonderfully talented artist and great friend. It has been an enormous honour and privilege for us all to have been a part of his life.”

The former singer of The Police described the birth of Charlery’s band as an “explosive clash of cultures” prompted by Margaret Thatcher’s “disunited kingdom”.

Charlery and Sting recorded together a number of times and Charley joined Sting’s group on-stage during their 2007 world tour, singing Roxanne.

As part of The Beat, known in the US as The English Beat, Charlery spearheaded the two-tone movement with a distinctive vocal style influenced by the Jamaican rap technique of “toasting”.

The band, which formed in Birmingham in 1978, scored a series of hits with songs such as Mirror In The Bathroom, Tears Of A Clown, Ranking Full Stop and Hands Off She’s Mine.