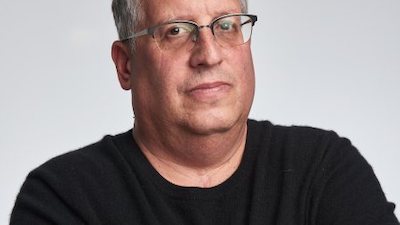 The live music industry veteran, who represents Ed Sheeran, Coldplay and Janelle Monáe, takes the leadership position previously held by Chip Hooper, who passed away in 2016.

Diamond is taking the reigns of one of live music`s most powerful breakout agencies, which Hooper and Paradigm chairman and chief executive Sam Gores built through a series of strategic acquistions beginning in 2004 with the purchase of Monterey Penisula Artists.

"Marty`s passion, his intelligence, and his dedication to building amazing careers for artists has been an inspiration to me and everyone at Paradigm for the last 13 years," Gores says in a statement. "Leadership is not something you are given, it`s something you earn, and Marty has unquestionably earned it, along with everyone`s respect at Paradigm."

"I`m so proud of the team we`ve created here at Paradigm, passionate and artist-centric to the core," says Diamond. "It`s an incredibly hard-working and smart group of people I get to come to work with every day. Paradigm is proof that believing in artists and the art they create, and building everything you do around being a tireless advocate for their work, is the best way to grow careers."

Diamond founded Little Big Man Booking in 1994 after stints at booking agency International Talent Group, record labels Arista and PolyGram, Bill Graham Management, and The Ritz in Manhattan (now known as Webster Hall). Diamond sold Little Big Man to Paradigm in 2006 and today serves as a board member of Samburu Trust as well as the Dean`s Advisory Council for the University of Delaware`s College of Arts & Sciences. On Sept. 26 in New York, he will receive the City Parks Foundation`s SummerStage Icon Award.