Primavera Sound moves to LA in 2020 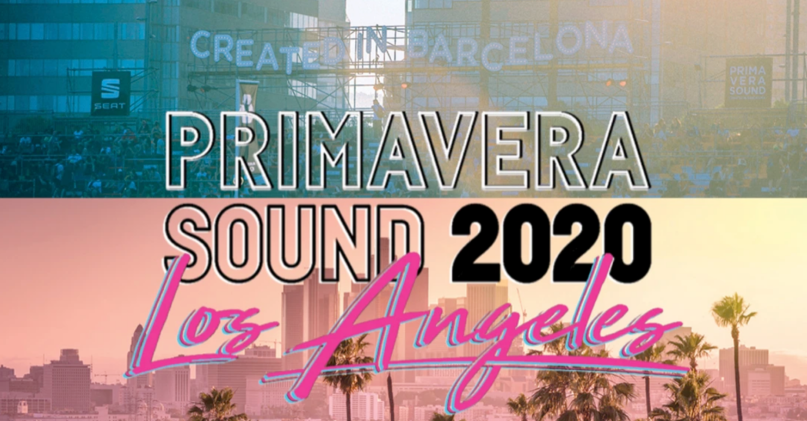 Spanish Festival Primavera Sound has announced that they’re expanding their brand to the City of Angels in 2020.

The festival, which is held annually in Barcelona and Porto, will touch down on September 19-20th at the Los Angeles State Historic Park.

The LA edition is co-produced by Live Nation.

The lineup for Primavera Sound LA hasn`t been announced yet. That`ll change this coming Friday, June 7, when "a small number of tickets" will go on sale at 6 p.m (CEST) "for a few hours only" and "at a special price."

The Primavera Sound homepage currently displays all four existing Primavera events, plus one mysterious hidden event, which suggests another event is to be announced in the future.

The deal included Primavera Sound subsidiaries, including the music business conference Primavera Pro, which takes place at the same time as the original festival in Barcelona, where it launched in the Poble Espanyol in 2001.

It has grown from an audience of 7,000 at the premiere to 220,000 at Primavera Sound last year. The 2019 edition featured performances by FKA Twigs, Charli XCX and Christine and the Queens, who debuted a collaboration on stage, Tame Impala, Janelle Monáe, Nas, Carly Rae Jepsen, Rosalía, J Balvin, Solange, James Blake, Stereolab, Jarvis Cocker and many more.

Commenting on the LA launch in 2020, Gabriel Ruiz said: “We have been thinking about Los Angeles for many years now, and the celebration of our 20th anniversary felt like the perfect timing for the decision of crossing overseas. Our goal is to bring the Primavera Sound spirit and vibe to cities with a similar feel: creative, colourful and welcoming. And with this, to give something new to the city, to show a new side and new possibilities to be built and harvested together. So it’s a dream to finally say: yes, it had to be Los Angeles.”

Added Brian Smith, SVP of Los Angeles Booking at Live Nation: “Primavera Sound is an inspiring tastemaker festival and we’re thrilled to be working with their Barcelona team in bringing it to Los Angeles next year. The festival is a forward-thinking exploration of music and culture, and it will offer a unique and powerful experience to connect with fans.”