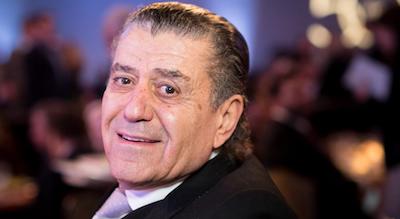 Billionaire Haim Saban (pictured), known for his success with the Power Rangers, is moving into music. He announced that he has pledged $500 million to found Saban Music Group.

The company will be led by Gustavo Lopez, a former music executive in the Latin space, and focus on global artists, particularly those from Latin America. The pair plans to both develop new artists and make acquisitions of existing businesses.

"Saban Music Group is a Los Angeles-based record label with a worldwide view of the music industry, looking to capture the globalization of music and work with artists who have an international appeal," said Lopez, whose Latin entertainment company Talento Uno was bought by Saban in May.

So far, the label has signed Colombian reggaeton artist Reykon and Puerto Rican YouTuber Daniel El Travieso from Lopez`s Talento Uno. Israeli pop pair Static and Ben El, and French singer Marie Monti have also signed. The only genre that is off limits is hip hop.

"Music has always been one of my life`s greatest passions—shaping, influencing and motivating me on a daily basis," Saban said. "It is with great excitement that I re-enter the music business—not only as a businessman but as someone who is passionate about the art, dedicated to the development of worldwide artists and wants to provide world-class entertainment."

While Saban`s $2.9 billion fortune was primarily made in television, he got his start in the music industry. Born in Egypt to Jewish parents, Saban grew up working class in Tel Aviv. As a teenager, he landed his first entertainment gig: a booking for a nonexistent band. On the spot he founded a band, and for the next decade or so he worked as a concert promoter—a career than eventually landed him in debt. He built a new business producing music for television shows and eventually found his niche providing free music to cartoons in return for royalties. He built this into a $60 million business before formally entering the television space with the Power Rangers.