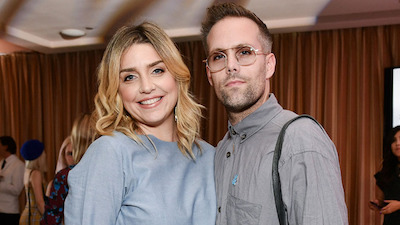 The announcement notes that Black Diamond currently serves solely writers and producers, but is “on the lookout for that special recording artist client.” Vinten and Black Diamond Artist Management are based in Los Angeles.

“I’ve always loved black diamonds,” said Vinten. “One of the first times I went skiing, I decided to forego the intermediate trail and try the black diamond after some quiet teasing nudging from my biggest fan, my now-husband, Aaron Vinten. I went flying off my skiis, but I got back up. I’ll never forget the experience. I made it. I try to recapture that feeling as much as possible in my life. I realized you can do so much more than you think you can, you just have to try. As a manager, record executive and publisher, I’m serving clients by showing them their greatest potential.”

Vinten also holds two consultancies: At Warner Records, she acts as Rita Ora’s stateside A&R. For Warner Chappell, she continues to work with Julia Michaels, Kygo, K Flay, and Christina Aguilera, among others.

Vinten joined Warner/Chappell in 2012 as an A&R director, was soon upped to VP and, late in 2015, was promoted with Ryan Press to co-head of A&R in the U.S., excluding Nashville. Along with Tranter and his frequent collaborator Julia Michaels, she has worked closely with Audra Mae (Kelly Clarkson, Miranda Lambert), Captain Cuts (Walk the Moon, Halsey), Nick Monson (Lady Gaga, Selena Gomez, Nick Jonas), and Felix Snow (SZA, Kiiara), and others. She also united Tranter and hitmakers Mattman & Robin with Imagine Dragons for the band’s “Evolve” album.

Prior to Warner/Chappell, Vinten worked with Platt at EMI Music Publishing where the two of them signed the songwriter MoZella, co-writer of Miley Cyrus’ “Wrecking Ball.”