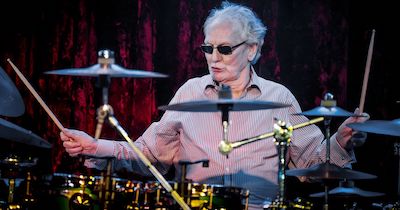 Ginger Baker, the legendary drummer and co-founder of rock band Cream, has died at the age of 80.

Last month, the musician’s family announced he was critically ill in hospital, but no further details of his illness were disclosed.

On Sunday morning, a tweet on his official Twitter account stated: “We are very sad to say that Ginger has passed away peacefully in hospital this morning. Thank you to everyone for your kind words over the past weeks.”

Baker had suffered from a number of health issues in recent years. He underwent open heart surgery in 2016 and was forced to cancel a tour with his band Air Force after being diagnosed with “serious heart problems”.

The drummer, who is widely considered to be one of the most innovative and influential drummers in rock music, co-founded Cream in 1966 with Eric Clapton and Jack Bruce. The band released three albums before splitting in 1968, after which he formed the short-lived band Blind Faith with Clapton, Steve Winwood and Ric Grech. A fourth Cream album was released after the band disbanded.

Baker was named number three on Rolling Stone’s 100 Greatest Drummers of All Time list, and is the subject of the documentary Beware of Mr. Baker.

“Gifted with immense talent, and cursed with a temper to match, Ginger Baker combined jazz training with a powerful polyrhythmic style in the world’s first, and best, power trio,” said the Rolling Stone article. “The London-born drummer introduced showmanship to the rock world with double-kick virtuosity and extended solos.”

Lewisham-born Baker was known for being a mercurial and argumentative figure, whose temper frequently led to on-stage punch-ups.

His father, a bricklayer, was killed in the Second World War in 1943, and Baker was brought up in near poverty by his mother. He joined a local gang in his teens and when he tried to quit, gang members attacked him with a razor.

Baker suffered from heroin addiction, which he acquired as a jazz drummer in the London clubs of the late 1950s and early 1960s. He once told The Guardian he came off heroin “something like 29 times”.

Tributes for the drummer have been pouring in on Twitter.

Paul McCartney called Baker a “wild and lovely guy”, writing: “We worked together on the ‘Band on the Run‘ album in his ARC Studio, Lagos, Nigeria. Sad to hear that he died but the memories never will.”

Baby Driver director Edgar Wright wrote: “RIP the music giant that was Ginger Baker. The beat behind too many favourite songs from Cream, The Graham Bond Organisation and Alexis Korner’s Blues Incorporated.”