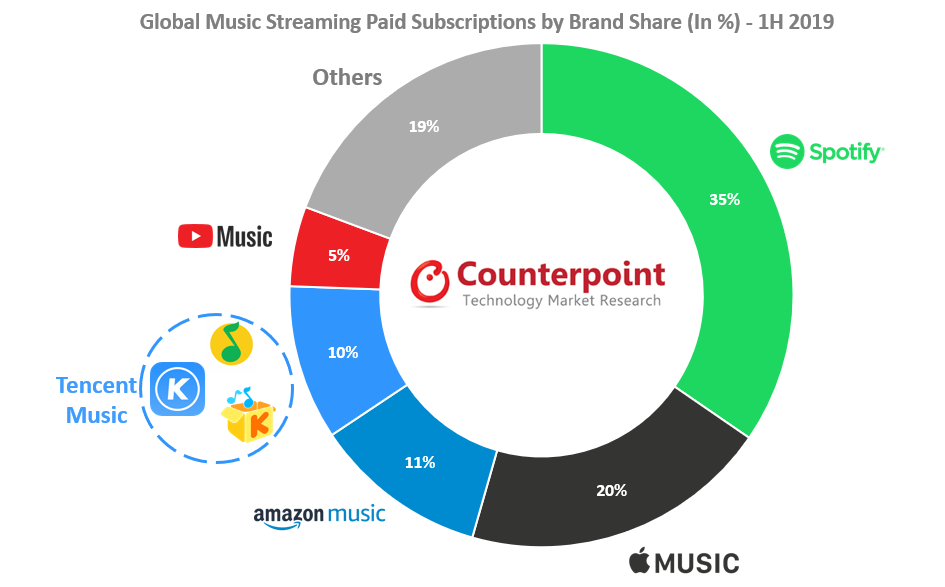 The number of streams were calculated from taking into account both advertising-based and paid music streams from a length of 31 seconds.

The German music industry saw its highest revenue growth rate since 1993 in the first half of 2019. It grew by 7.9% according to the German Music Industry Association (BVMI).

Dr. Florian Drücke, CEO of BVMI, said: “Over a hundred billion audio streams in Germany in 2019 – this is not just a milestone, you can also see the continued considerable dynamism in this area and thus the acceptance among music fans: Within just two years, since 2017, the music streams have almost doubled.

“Streaming continues to expand its position, but at the same time the other usage formats remain relevant, the offer of our members continues to range from vinyl to the cloud.”

Dr. Mathias Giloth, Managing Director GfK Entertainment: “Music streaming is popular across all genres – and the playlists were particularly hot at Christmas.

“Thus, traditionally, Christmas Eve and New Year’s Eve also set new records in 2019 with 431m and 407m streams, respectively, than the most streaming days so far.

“At the beginning of the year, the daily number of streams was sometimes less than 250m.

“This shows the enormous leaps that are still possible in the format that has been part of the Official German Charts since 2014.