Historic night for Billie Eilish at the Grammys 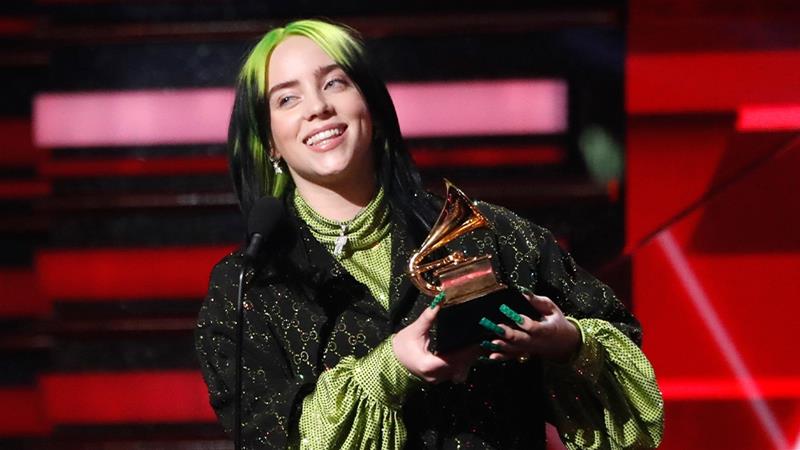 It appears the party is just getting started for 18-year-old Billie Eilish.

The singer on Sunday swept the four biggest prizes at the Grammy Awards -- best new artist, record of the year, album of the year and song of the year. She also took home best pop vocal album, for a total of five Grammys.

The wins are history-making.
Eilish is the youngest solo performer to ever win album of the year. The record holder had been Taylor Swift, who won best album at age of 20 for "Fearless."

While accepting album of the year, Eilish seemed genuinely shocked.

"Can I just say that I think Ariana deserves this?" she said.

Eilish also became the first woman and second person ever to win record of the year, album of the year, song of the year and best new artist in the same year.

The first artist to do so was Christopher Cross in 1981.
Adele has also won all four trophies but did so over three years.
Heading into Sunday, Eilish had six nominations, as did fellow best new artist nominee Lil Nas X.

Lizzo, who had eight nominations this year, the most of any artist, took home three awards.