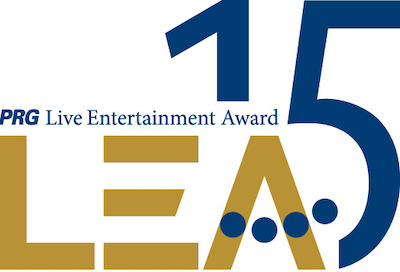 The 2019 stadium concert season in Germany, Austria, and Switzerland was dominated by great veterans. This is also reflected in the nominations for the PRG Live Entertainment Awards (LEAs).

The panel of judges has named two concert tours by German superstars as contenders for the Stadium Tour of the Year category: Dirk Becker Entertainment and Moschus Music are in the running with Herbert Grönemeyer`s summer concert tour for his successful album "Tumult", while the MCT agency has been nominated for Rammstein`s tour. The Berlin rockers headed by singer Till Lindemann, who have released a new studio LP for the first time in ten years, filled open-air arenas with an elaborate light and pyrotechnics spectacle. The third nominee also put on a spectacular stage show: Wizard Promotions has made the shortlist as the promoter behind KISS`s "End Of The Road" tour. The rock legends from the USA are bidding farewell after almost 50 years. Whoever is chosen to receive the coveted trophy will join the festivities in the Festhalle in Frankfurt am Main on Monday, 30th March, 2020, when the German Live Entertainment Awards are presented for the 15th time to promoters, managers, agents, and venue operators for outstanding performances.

Change in the LEA panel of judges: Hoppe replaces Hoppe
The winners and nominees in a total of 15 categories at the PRG Live Entertainment Awards will once again be decided by a panel of 24 judges made up of media and industry representatives from Germany, Austria, and Switzerland. There has been a change this season: Ossy Hoppe, founder of the concert agency Wizard Promotions, who had been a member of the committee since industry judges were introduced in 2014, will no longer be on the panel. But the position is staying in the family: his son Oliver Hoppe, who now also serves as Wizard`s managing director, has taken over.

Arena tour of the year: German-speaking acts sweep the board
Nominations have been announced for seven LEA categories, including the arena tour of the year. Five concert tours in venues with capacities between 5,000 and 15,000 have been selected.
Particularly noteworthy is that all nominated tours are by German-speaking acts. Two nominations go to the promoter Semmel Concerts for Roland Kaiser`s arena tour and Sarah Connor`s concert tour for her “Herz Kraft Werke” album. The shortlist also includes Landstreicher Booking for AnnenMayKantereit`s tour and the KINGSTAR and Boldt Berlin agencies for the "Palmen aus Plastik 2" tour by the German-Austrian rapper Bonez.

Venues of the year: five clubs and five arenas up for awards
The 2020 PRG Live Entertainment Awards will be choosing venues of the year in two categories. Five clubs and five large arenas from three countries have been nominated. In the Club of the Year category, the judges have chosen to focus on "Electronic Dance Music". BERGHAIN in Berlin, the Bootshaus in Cologne, and GIBSON in Frankfurt are in the running as German candidates in this category. Austria and Switzerland are also represented among the nominees, with PRATERSAUNA in Vienna and Kaufleuten in Zurich. Three German venues have also made the shortlist in the Indoor venue / Arena of the Year category: the LANXESS arena in Cologne, the Mercedes-Benz Arena in Berlin, and the ÖVB-Arena in Bremen. The Austrian metropolis of Vienna is also represented in this category with the Stadthalle, while St. Jakobshalle in Basel flies the Swiss flag.

The LEAs are sponsored by the Live Entertainment Award Committee, which includes the Federal Association of the Concert and Event Industry (BDKV) and numerous companies from the German event industry. In addition to the event equipment supplier PRG (Production Resource Group), Prolight + Sound, and the Musikmesse Frankfurt, the main partners of the LEAs are the ticket distributor CTS EVENTIM, the City of Frankfurt am Main, and Wirtschaftsförderung Frankfurt GmbH. Other sponsors of the 2020 PRG LEAs include accente, airtango, allbuyone, Apleona HSG Event Services, bright!, Eberhard, Raith & Partner, eps, GEMA, GLP, Jerry Appelt, laserfabrik, Megaforce, PMS Crew Support, PPVMEDIEN, Ströer, TBF PYROTEC, the TVN Group, and the event agency hilife events, which has been supporting the award ceremony as a partner since the early days.