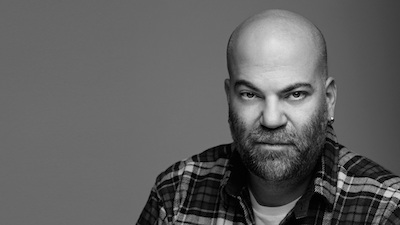 Eminem’s manager Paul Rosenberg is stepping down from his role as CEO of Universal’s Def Jam Recordings division – a job he took on back in 2017 – although he will continue to work with the major in various capacities.

One of the ways Rosenberg will maintain his links with Universal is with the launch of a new label in partnership with the mega-major, to be called Goliath Records, which will sit alongside his existing management firm Goliath Artists. He will also continue to consult for Def Jam in relation to some of its legacy artists, and will remain President of Shady Records, the major’s joint venture label with Rosenburg’s most prominent management client Eminem.

Confirming his decision to stand down, Rosenburg said that running Def Jam had been “a dream opportunity” for which he will “remain forever grateful”.

He added: “I’ve learned a great deal, but one of the most important things I learned is that my ability to multi-task is not without limits. My new relationship with UMG gives me the ability to continue to sign and develop talent in a more focused and streamlined way, while still dedicating the time necessary to fulfil my management duties and foster the many entrepreneurial endeavours connected with Eminem”.

Universal confirmed that it was in the process of recruiting a new CEO for Def Jam Records in the US. In the meantime, the major’s EVP of Business & Legal Affairs, Jeffrey Harleston, will oversee the division, while Universal’s SVP of A&R Naim McNair will expand his responsibilities so to perform the same role for the Def Jam label.