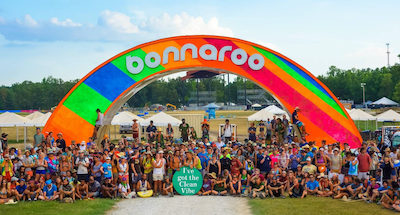 The North American Music & Arts Festival has announced it will take place Sept. 24-27 as concerts across the globe postpone or reschedule following coronavirus shutdowns.

"Bonnaroo Music & Arts Festival will be rescheduled to take place September 24-27, 2020 out of an abundance of caution and for the health and safety of all Bonnaroovians, artists, staff and our community," the statement reads. The festival was original scheduled to take place June 11-14, with Thursday being topped by the festivals` second-year "Grand Ole Opry" takeover with special guests.

The postponement comes as a major blow while across the pond Glastonbury, the UK`s festival crown jewel, announced canceling its 50th edition altogether.

Some postponed major festivals such as Lollapalooza, which postponed its South American events for the fall, have announced they`ve confirmed headliners for those events, but it`s mostly unclear what the lineups for these rescheduled major events will look like come fall.

The mad scramble to postpone all spring and early summer events to fall is affecting previously scheduled fall events as well.

“We`re at the mercy of the fallout, really," says Prime Social Group co-founder Zach Ruben, who produces and leads talent buying for the Breakaway Music Festivals, which take place in markets including Columbus, Nashville and Charlotte starting in August and running into October and have not announced lineups yet. "There’s not really much anyone can do to stay in control. There’s no deadline or timeline, no one knows when things will normalize."

Ruben, reached the morning before Bonnaroo was announced as postponed, says the current situation of everything being pushed into fall will have unintended consequences.

"Every industry is affected by this and the question is how long is it going to take for an economic recovery. The live entertainment industry, concerts have always been pretty steady through economic downfalls and economic crisis, but I think this is a little different than a traditional recession," Ruben adds.

He says Prime Social Group is proceeding as though all its festival events are taking place, although delaying onsales and trying not to spend money in the meantime.