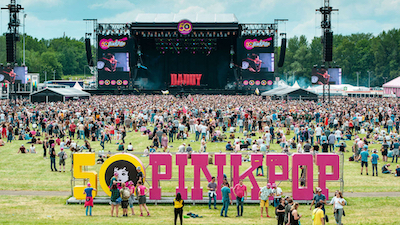 The Netherlands is taking increasingly aggressive action to combat the spread of COVID-19, namely the banning of all public gatherings.

Justice Minister Ferd Grapperhaus announced at the beginning of the week that with the exception of funerals and weddings, public gatherings will be banned in the country until June 1st.

The new move indicates an escalation for a country that has already closed schools and most non-essential businesses until at least April 6th.

The extension brings the event ban into festival season. Following the announcement, the organisers of DGTL Amsterdam cancelled the 2020 edition, due to take place on 11 and 12 April.

Major Mojo festivals such as A Campingflight to Lowlands Paradise, Woo Hah!, North Sea Jazz Festival, Down the Rabbit Hole and Pinkpop are all currently going on as planned once the ban is lifted.

The neighboring country of Belgium is reporting a similar case count to the Netherlands with over 4,200 confirmed cases at the time of writing. The country`s flagship music festival Tomorrowland issued a statement on Monday indicating there is still some uncertainty as to whether the event will take place, despite being held later this summer.