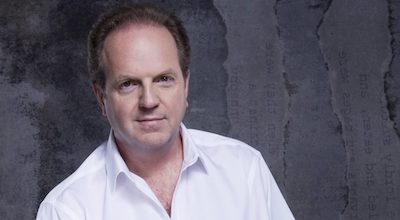 Richard Coram, a famous name in the UAE’s live music and entertainment scene, died of complications due to Covid-19.

Coram was a well-known face in most households when he was a TV presenter of Dubai’s Channel 33. He was also known for being a radio host.

Later, he launched an event management firm- Talent Brokers, along with his wife Padma Coram where he also became a longtime client of VIP-Booking.com.

The couple were known to bring in a massive turnover to the entertainment sector in the UAE, by brining in mega shows, even before it became a trend.

Talent Brokers were the brains behind the much-famous Michael Jackson concert in 1994, which was eventually called off.

Coram was instrumental in bringing large acts such as Take That, Enrique Iglesias, Stormzy, Rita Ora, while also producing the Royal Philharmonic Orchestra Concert and the Andrea Bocelli as part of last year’s National Week celebrations in Gibraltar.

According to reports, Coram died in the UK from complications arisen from the coronavirus. He was in his late 50s.

“I knew Richard since the late 80s, when he was a presenter on Channel 33. He was such a lovely man to know and I hold such fond memories,” recalled Rajeev Khanna, Commercial Director, Gulf News. “Richard, along with wife Padma, literally changed the live music scene in the UAE. Much credit goes to them. My heart goes out to Padma and their son.”

BPG Group CEO Avi Bhojani remembers Coram as ‘the voice of Dubai’. “I knew Richard since I moved to Dubai in 1988. He was the voice of Dubai in many ways, from being a radio presenter to being on TV. Every live event, black-tie affair had Richard’s voice attached as a host and master of ceremonies. He will truly be missed.”