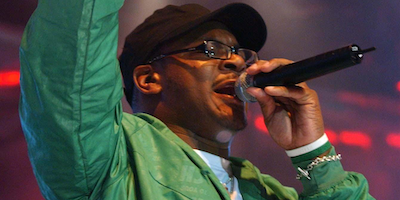 Ty — a Mercury Prize-nominated rapper based in the U.K. — has reportedly passed away from complications due to the novel coronavirus.

The Nigerian British artist, born Ben Chijioke, died on Thursday after contracting pneumonia while in recovery, according to a GoFundMe previously set up for Ty.

"It is with much sadness that I have to report the passing of Ben Chijioke, better known as TY Chijioke on the 7th May 2020, close friends, family and fans are devastated of his death," an update for the campaign read.

"Since then TY’s condition had been improving but last week while on a normal ward he had contracted pneumonia which worsened his recovery and ultimately TY’s body couldn’t fight back anymore," the page said. "This is a shock to everyone."

"The family would like to say a big thank you to everyone who has reached out and expressed their concern since he was admitted in hospital but right now they would value having their privacy, so they can mourn privately. They just need time to process."

Per the GoFundMe for Ty, the hip-hop star was "admitted into the hospital with medical complications related to COVID19" in early April and "put in a medically induced coma to temporarily sedate" him while in treatment.

An update made on April 19 said Ty was "doing much better" and had been moved out of the intensive care unit.

Born in London in 1972, Ty first rose to prominence in 2001 after the release of his debut album, The Awkward. He followed up the record with 2003`s Upwards, which went on to be nominated for a Mercury Prize the following year.