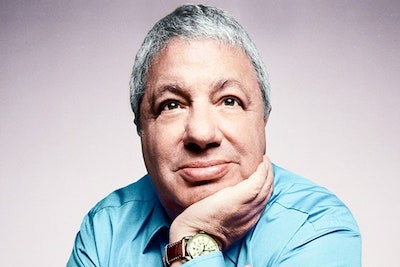 Grubman Shire Meiselas & Sacks’ site is down, and the hackers claim to have 756 gigabytes of data including contracts and personal emails. A screenshot alleged to be a contract for Madonna has already been released.

Sources says that the FBI is investigating, while the NYC-based law firm says it has notified its famous clients.

One source said, “The hackers got into the system while everyone was focused on the coronavirus. We assume, but there is no confirmation, that the hackers are Eastern European. They are demanding a $21 million ransom, and the firm is not negotiating with them.”

The source added of Grubman — the father of famed public relations pro Lizzie Grubman — “His firm has sensitive details on everything — work contracts, confidential settlements and endorsement deals for the biggest stars in New York and Hollywood.”

The law firm said in a statement: “We can confirm that we’ve been victimized by a cyberattack. We have notified our clients and our staff. We have hired the world’s experts who specialize in this area, and we are working around the clock to address these matters.”

The hackers are reportedly known as REvil or Sodinokibi, and in January attacked foreign exchange company Travelex with malware that encrypts data until a ransom is paid in untraceable cryptocurrency bitcoin.

A spokesperson for Grubman’s law firm noted that HBO, Zoom and the Texas court system have all been victims of similar attacks, and added, “Their clients have expressed overwhelming support as they understand the firm is the latest high-profile victim of this global extortion scheme.”