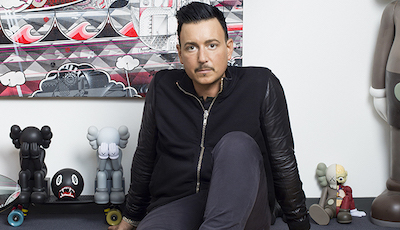 Joel Zimmerman, WME’s global head of electronic music, has exited the agency according to Variety.

Zimmerman was responsible agent for a roster that included the Weeknd, Calvin Harris, Deadmau5, Kygo, Murda Beatz and Steve Aoki.

Zimmerman, who is based in Los Angeles, joined the agency in 2008 co-heading the department with tastemaker Pete Tong, who moonlights as a DJ and radio host. Arriving from his own company Division One, Zimmerman brought with him an impressive stable of artists and built the division as EDM was exploding as a genre. The popularity of dance music led to astronomical fees for top acts throughout the world but especially in Las Vegas, where seven-figure nightly payouts were not atypical for residency runs.

Speaking at a conference in 2012, Joel Zimmerman famously declared: “If there was a movie about bidding wars in EDM, I’d probably be Darth Vader.”

Zimmerman could not be reached; WME has not responded to Variety‘s request for comment.

The touring sector and the live entertainment space overall has been hammered by the coronavirus pandemic, which has effectively shut down venues and the gathering of large crowds.

WME is in the process of implementing a significant number of layoffs of agents and other staff.