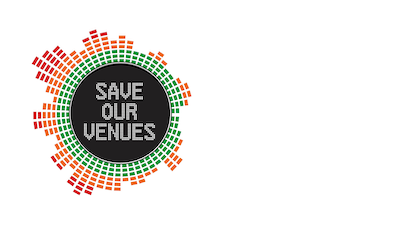 Music Venue Trust (MVT) has announced the #saveourvenues campaign has resulted in 140 grassroots music venues being removed from its ‘critical’ list.

The charitable organisation, which was founded to help improve, maintain, and organise music venues in the UK, launched the campaign in March in response to the detrimental effect the pandemic has had on the 670 small grassroots venues.

#Saveourvenues has so far raised over £1.5m in donations from music fans, music industry companies and other organisations, alongside important interventions from public bodies such as The London Mayor’s Office, Creative Wales and Arts Council England.

However, this activity does not mean that any these 140 venues are protected permanently and MVT are calling for more music industry donations and governmental intervention to help secure their long-term future, particularly around the issue of the rent relief for grassroots music venue tenants

Mark Davyd, chief executive of Music Venue Trust, said: “The fact we have managed to remove 140 Grassroots Music Venues off of our critical list in the last three weeks is, of course, a cause for celebration but we are not complacent as this is only a relatively short-term fix. Whilst the immediate threat of closure for these venues has been halted they are still under real threat in the coming months as are over 400 others.

“This is a good start and we can’t emphasise how grateful we are to those music fans, music industry companies and public organisations who have supported the #saveourvenues campaign so far, but we cannot relax as we still have a mountain to climb to secure the long-term future of this sector.

“We still desperately need more music industry companies to step up and help with donations alongside real action from government specifically around rent relief, more financial help and clearer guidance.”